Child Trafficking Definition: What Is It? 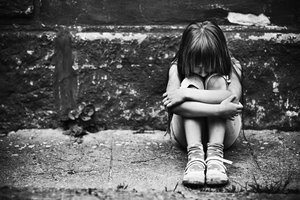 Child Trafficking is Modern Day Slavery. Across the globe in different regions of the world, traffickers steal children as young as 5 years old and sell them into forced labor or sex trafficking situations. They are taken away from their families and forced to perform unspeakable acts. In the Child Trafficking definition of victims, boys are included as well as girls, and the victims could be anyone—your daughter, your son, your neighbor, your friend.

There is a serious misconception in America that human trafficking is strictly an international problem. But the uncomfortable truth is that human trafficking, one of the world’s fasting growing criminal industries, is a horrific issue right here in the United States. In the U. S. child trafficking looks different compared to third world countries.  Human Traffickers do not have to steal or take children in the dark of night.  Traffickers can use social media or children’s peers to lure victims into trafficking.  Traffickers find vulnerabilities in children and exploit the vulnerabilities for control.

Second, only to the illegal drug industry, human trafficking is a criminal enterprise and it exists in every state in our nation. It cost an average of $90.00 to purchase a child and that same child is often forced to have sex 20 times or more a day, six days a week. According to the U.S. Department of Justice, “Every two minutes a child from the United States is trafficked for the purpose of human exploitation.”

This needs to end, but until the demand for child slaves is diminished, commercial sex and labor exploitation among children will continue to grow. The International Labor Organization estimates that there are 20.9 million victims of human trafficking globally, including 5.5 million children. Every year 300,000 children are taken worldwide and sold by human traffickers as slaves. 17,000 of those children are in the United States. That is 46 children every day.

In America today, trafficking children have become more profitable than selling guns and easier than selling drugs. 83% of Sex Trafficking Victims in America are identified as U.S. Citizens (DOJ) that are being bought and sold by U.S Citizens. The average age of a trafficked child is between 11 and 14 years old. After they are sold into slavery, the outlook is often bleak as human trafficking victims typically only survive 7 years. This means many children may not see their 21st birthday. If these statistics were not bad enough, the cause of death is often from violence, sexually transmitted diseases, drug overdoses, or suicide.

Stopping this atrocity relies upon each of us, those of us on the outside, the free ones; we have the power to help. We can fight child trafficking together by educating our communities and assist survivors to reclaim their lives.

For more information about the child trafficking definition in the United States, read the Secretary of State’s 2017 Trafficking in Persons Report.