Child Slaves: Where Are They Going? 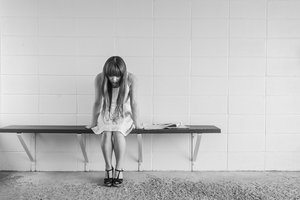 Children stolen into sex slavery or forced labor often never see their homes again, they are forced into a new life as Child Slaves. It is not uncommon for traffickers to travel with them to meet the demands of users in other cities, states, and sometimes countries. Airports can be a huge hub for trafficking activity because of this. Traffickers pose as family members of the children and put them on planes traveling to cities where users are waiting. The scene can look like a normal airport farewell, so often it goes unnoticed.

While many children are taken from their homes and shipped to other countries, just as many remain right here in the United States. The U.S. sex trafficking industry exists in the shadows, causing most to believe it cannot be happening around us. Unfortunately, it is active, aggressive, and taking place in our own neighborhoods.

Traffickers often operate in areas near transportation hubs; highways and airports are popular hunting grounds. This allows them to lure away a child and travel quickly, before families even realize their child has been taken.

Child Slaves: What Happens Next?

Once traffickers take a child, they typically pose as a family member or caregiver while in public. The average citizen ignores a screaming or crying child if someone else appears to have stewardship over them; it is not an uncommon scene. Many traffickers travel with children out in the open, and place Child Slaves on planes to cities where users are waiting for them. Gravely, a tearful farewell at an airport could be something much darker than what it appears.

The majority of U.S. child trafficking takes place along the borders, along major transportation routes, shipping hubs and large cities. While these highly populated cities are hotbeds for trafficking, children are also taken and sold in rural areas all over the country.

Understanding and mapping the trafficking networks and operating locations are essential to combating child trafficking. This information enables law enforcement to dismantle the trafficking networks, and prevent children from being taken in the first place. It also allows us to find trafficked children, prevent them from becoming Child Slaves, and return them to freedom. Developing this networking “picture” is critical in the fight to ERASE Child Trafficking once and for all.